For those who haven't -- ahem -- heard, I play the bagpipes. So do my husband and son. In fact, I met my husband at band practice. I was fifteen, playing with a struggling group in the desert of Utah (metaphorically speaking as well as literally), when he appeared out of the blue and joined our band. At the time, Utah was so removed from the piping world, and the Internet and Youtube hadn't been invented yet (yes, I'm that old), so it was an exciting thing to hear someone of that level of ability play the pipes. He came from Canada, where some of the best bands in the world are found, and he'd been trained by some of the best. He kindly and patiently shared that training with us. He also ended up driving my carpool to band practice, and I gradually made my way to the front seat so I could talk to him...and the rest is history. Now here we are, thirty-one years later, still talking and piping together.

He continues to share his patient expertise with beginning students. Almost any night of the week, you will find students of various levels sitting around our dining table, playing the practice chanter (which my father once described as sounding like a goat with a nasal condition). He never charges for lessons, but generously donates hours of his time every week to help others. When the full sets of pipes come out, one dog hides under the bed and the other throws back his head and joyfully sings along. If I go out in the backyard, I can hear him howling louder than the pipes. If I go to the park down the block, I can still hear...

I'm sure my neighbours didn't know what sort of people were moving in next door, or they would have staged a riot. They have been very tolerant, though, and some have even said they enjoy the noises emanating from our house. They are very kind. When you get a few pipers going at once, the windows rattle. If they are half-decent players, it's a pleasing, rich sound. When they are beginners...well, I admit I want to throw back my head and howl along with the dog.

But there is something really cool about a bunch of people of varied backgrounds and ethnicities, drawn together by a love of one particular instrument, sitting around the house and making music together. It's an old-fashioned, cozy sort of way to spend an evening, with no electronic entertainment. It's fun to watch new players gain confidence and skill, and to see the tradition be passed on from instructor to student. It's neat to watch my husband draw abilities out of people that they never knew were hiding within them, that moment of excitement and wonder when they realize "Hey, I can do this! It sounds like music!" It's sort of like watching a sculptor coax a figure out of a block of stone. He can see potential in other people -- not just in the realm of bagpipes -- and is a wonder at pulling that potential into being. 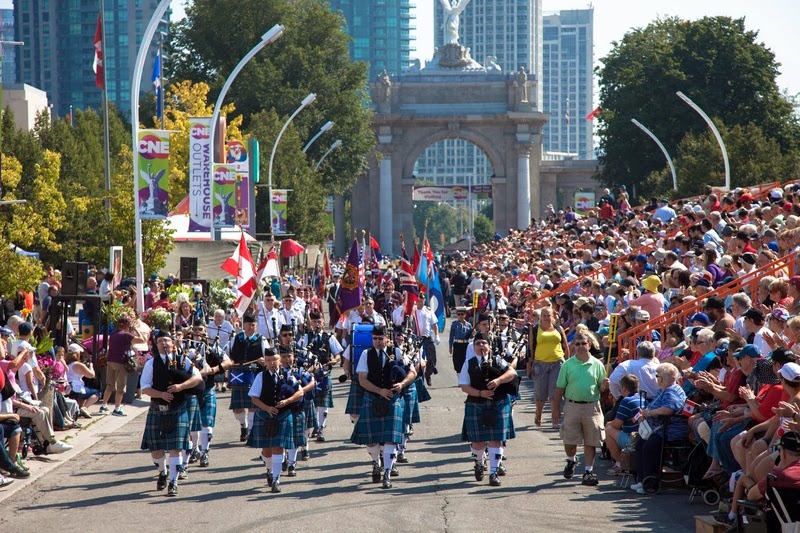 Posted by Kristen McKendry at 20:34