I have been contemplating making some changes, in preparation for the New Year's Resolutions which I always make and break each January. As yardwork winds to an end for the season, I know I need to get more exercise (well, let me rephrase that. More varied exercise. I get plenty dashing along behind the puppy at the end of a leash and sprinting up and down stairs with baskets of laundry). But exercising is plain drudgery to someone who prefers curling up with a book, and the idea of working out in a gym makes my brain numb. (I also find it ludicrous to watch people drive to the gym so that they can run on a treadmill. And all that wasted energy! Can't we connect all those stationary bikes to a generator or something?)

So I knew I needed to find a fun way to exercise in order to actually carry it out. I browsed through the local Recreation & Parks book to see what classes my community offers. There was an amazing selection, from toddler ice skating and arthritis therapy swims to Bollywood dancing, wall climbing and curling. But one in particular jumped out at me: swing dance. I have always thought that looked so fun. And not too hard on my achey joints. I love the music. What more enjoyable way could there be to burn that many calories? And it was being taught at my local community centre, which I could walk to, during an ideal timeslot, being the same time my husband has bagpipe students here at the house - a perfect time to be away!

Ah, but there was a catch. You had to sign up with a partner.

Now this is a problem for me, because my husband WILL NOT DANCE. Not even at a wedding. It just isn't his thing, even though he is obviously musically inclined. And when you are married, it's not as if you can go out dancing with any single guys you might know. So I haven't been able to really dance since I got married, and I love dancing. So I fell back on the only single guy I am allowed to dance with...my long-suffering fifteen-year-old son.

I hasten to add at this point that none of his friends, I'm certain, follow this blog. (I know, because I only have two followers and I know who you both are! Thank you, by the way.) So, with no hope at all in my heart, I approached him with the idea of taking swing dance lessons with his mother. If I could guarantee no other kids his age would be there to see. Of course his first response was an emphatic No. As in, No, and if you dare to mention such a thing again I'll run away from home. But when he saw my crestfallen face and resigned nod (accepting that I'd have to fall back on yoga or Bollywood...) he said, "Okay."

I blinked at him for a second. "Okay?"

"I'll do it." He shrugged. "It'll give me something to do at school dances."

Was he saying it just to avoid the embarrassment of having his middle-aged mother take up Bollywood dancing? Was he going to extort large sums of money from me in return? No, he agreed just because he knew it would make me happy. I know it isn't his idea of the favourite thing to do on a Friday night. I shouldn't make him actually carry it out, and still might even chicken out myself...but I thought it was heroic of him to be willing to do this for his mom. I was touched by his sacrifice. He's turning into a brave, noble, kindhearted man. And I aim to tell him so, to his face.

In a loud voice. In front of all his friends.
Posted by Kristen McKendry at 07:16 No comments:

Today I received a sneak peek at the cover for my new book coming out in November. I think you'll be surprised by this one! It's another lighthearted mystery. The blurb on the back cover says:

When you’re the frazzled mother of eight rambunctious children, there’s little in life that throws you for a loop. So thinks Mormon mom extraordinaire Annie Fisher . . . that is, until she finds herself embroiled in the baffling disappearance of family friend Angus Puddicombe. Following the delivery of a puzzling message and a few startling discoveries, all signs point to—confusion. What Annie knows for sure is that Angus is in over his head, and there is no time to lose. Unaware of the danger that awaits, Annie, her trusty husband, Newton, and a vanload of kids forge ahead to unravel the mystery. Can this group of amateur sleuths get to the bottom of what’s going on before something goes horribly wrong? 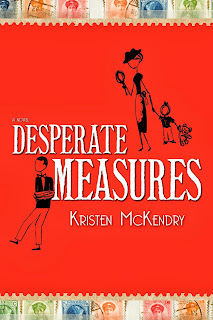 And there are bagpipes. But that's all I'm going to tell you!

Posted by Kristen McKendry at 16:02 No comments:

Congratulations to my sister!

My sister Alisse has produced her first novel, and it's lovely. It's fiction but addresses the issue of science vs faith and how the two can be reconciled. Alisse is a molecular and conservation biologist as well as a deeply religious person, and I think she has beautifully expressed a resolution of this age-old conflict within this book (I got a sneak peek before it went to press).  You can find Alisse's blog and a link to her book here:

A lot of people intend to write books, and some even start to write them, but not everyone finishes and ends up with such a solid story. I am proud of you, Alisse! 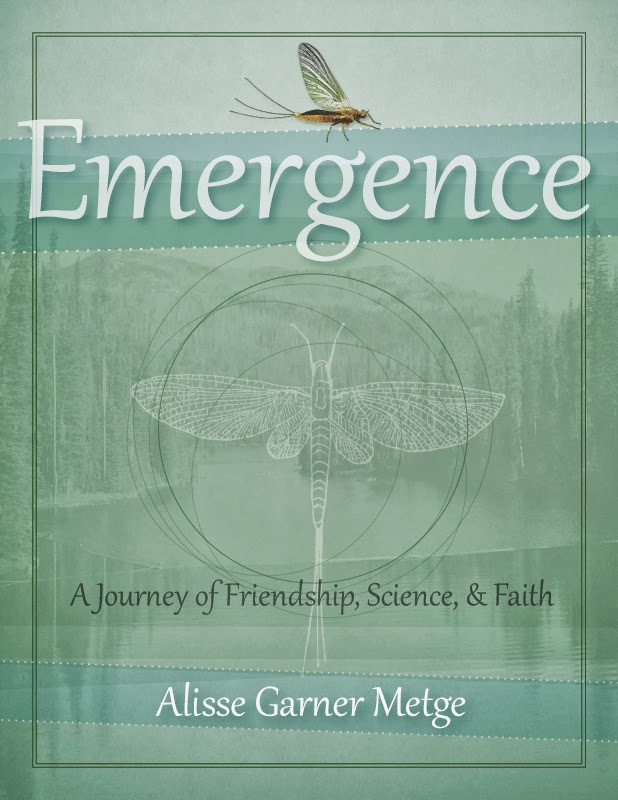 Posted by Kristen McKendry at 15:50 No comments:

I've always loved going to St. Jacobs to the Farmers' Market, ever since I moved to Canada. It feels like home, a touch of the real and familiar. Recently the main building at the Market burned down, and about 60 people lost their inventory and took a blow to their livelihoods, and not all had insurance. As a goodwill gesture of support, I think it would be cool if we collected fabric, quilt batting, yarn, etc. and donated it to those who lost their handmade items. Even if they don't need it, it would be a way of showing we care. What do you say?
Posted by Kristen McKendry at 07:32 No comments:

Tomatoes tomatoes tomatoes! Bottling stewed ones and making salsa. Thirteen hours standing at the kitchen sink yesterday. Half a bushel more to go! Will write later when there's more time...before the grapes come on next weekend! 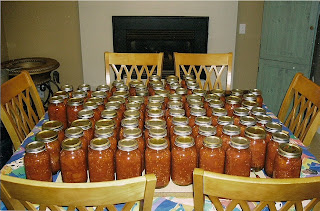 This is a photo from last year, but this year will be about the same amount. :)
Posted by Kristen McKendry at 08:25 No comments: